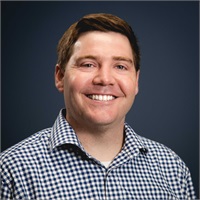 Bryan leads the Seasons FORMula Process.  He develops and refines planning strategies to help a select group of individuals meet their ever evolving needs. Bryan is passionate about helping impact lives positively through planning.

Bryan began his career in the financial services industry in 2008.  He joined the investment firm, The Private Wealth Management Group in 2009 as Client Services Director.  As the firm’s Client Services Director for 6 plus years, Bryan helped clients understand and implement their investment plan. Prior to joining PWM, he worked in the mortgage industry as a post-closing processing manager and then as a tax preparer for a major Midwestern tax firm.  Bryan has a B.A. in Finance from Lindenwood University.

Bryan has his Series 66 and Series 7 securities registrations.

Bryan was born and raised in Saint Louis, MO and currently resides in Affton.  He attended Christian Brothers College High School where he played soccer and baseball before he fell in love with running. Bryan was recruited by Lindenwood University to compete in Cross Country and Track and Field.

After Lindenwood, Bryan continued running with a Saint Louis group called the 180 Energy Runners which then became the Michelob Ultra Runners.  Bryan has a younger brother, Ben, and a younger sister, Emily, who both live in the Saint Louis area. Bryan’s parents, Bob and Kathy, grew up in Saint Louis as well and the whole family are parishioners of Mary Queen of Peace Church.